According to Wikipedia Sleep deprivation is the condition of not having enough sleep; it can be either chronic or acute. A chronic sleep-restricted state can cause fatigue, daytime sleepiness, clumsiness, and weight loss or weight gain. It adversely affects the brain and cognitive function.

According to an article on WEB MD Charles Bea, MD says that ‘there is a link between pain and sleep problems, exactly how the two conditions are connected varies from person to person. “You have to determine what is the chicken and what is the egg,” he says. “Is pain a manifestation of, or made worse by, a sleep disorder or is pain causing the poor quality of sleep?”

Charles Bae, MD, a neurologist in the Sleep Disorders Center at the Cleveland Clinic in Ohio, puts it this way: “Pain can be the main reason that someone wakes up multiple times a night, and this results in a decrease in sleep quantity and quality, and on the flip side, sleep deprivation can lower your pain threshold and pain tolerance and make existing pain feel worse”.

So what’s the answer – Spine Health say that “Psychological techniques. Meditation, cognitive behavior therapy, and deep breathing exercises are some of the more common practices. Sleep medications. Specifically designed to help with sleep, these medications may be considered by themselves or along with other strategies in certain circumstances”, may help with your sleep pattern.

If you have any unique suggestions on how to get back to sleep after being woken up with pain then please let us know so we can all try it.

Other factors of course are that sleep changes with Age. You can see from the graphic below how it changes a great deal as we age. I probably only get about 6 hours of sleep maximum.

Many Fibromyalgia sufferers have sleep problems even if they have a rest during the day. But having a few ‘good’ hours sleep can make all the difference. I’m sure I am not alone in also suffering most days with an overwhelming feeling of fatigue. I can honestly say that sometimes I have felt so tired, that I thought I would fall asleep standing up. But even an afternoon nap is not the same as having a ‘proper’ night’s sleep.

Healthline explains 11 effects of sleep deprivation on your body with this great graphic and just shows how it really can affect your way of life big time.

It’s Sleep Sunday and I found this brilliant infographic on Pinterest which has 20 Simple Ways to get a Better Sleep. If only one helps then it was worth posting this.

It’s Sleep Sunday so let’s talk this week about melatonin for sleep. You can see from the infographic below that it can help in many ways to help you sleep.

Pro Health also wrote on Melatonin for sleep and the immune system and explained that Melatonin is a naturally-occurring hormone that your brain produces as a response to darkness. After sunset, usually around 9 pm, the pineal gland is activated by the suprachiasmatic nucleus (SCN), a control center in the hypothalamus that regulates hormones and body temperature.

Melatonin levels stay elevated through the night for roughly 12 hours, until our bodies are exposed to light at the start of each day. Most people produce enough melatonin on their own to induce rest. However, modern activities like excess travel, stress, screen time, and night schedules disrupt this natural rhythm, leading to difficulty falling asleep or staying asleep. Supplemental melatonin may be a solution.

People who can benefit from supplementing their melatonin are people with limited day time light exposure, people with increased light exposure at night, people doing shift work or people suffering from jet lag.

Pro Health also say “ Research suggests that melatonin is not only a good sleep remedy, it might also play an important role as an immune buffer. One study examines how melatonin may act as a stimulant for immunosuppressed conditions, helping the body better respond to external threats like viruses and parasites. On the other hand, the study finds melatonin can regulate overactive responses as well, such as that found in septic shock, acting as an anti-inflammatory. “

Melatonin supplements are available in a few different formats and available from Pro Health and other good pharmacies. Always remember to check with your GP before taking any supplements especially if you are taking other medications.

The Acupuncture Association of Chartered Physiotherapist’s explains how Acupuncture works. The acupuncture needle will stimulate the flow of QI [pronounced ‘chee’], which circulates in channels or meridians within the body. The QI circulates within the deeper organs of the body but connects to the superficial skin. In the state of a normal healthy body, a balance exists between these systems. Both the superficial energy and deeper energy can be influenced by the stimulation of specific acupuncture points. If injury, disease, emotional trauma or infection occurs, the natural flow of QI within the meridians and organs may well be affected and the result is an altered flow, either a slowing or stagnation of QI causing pain and inflammation or a deficit of QI, which may cause weakness, exhaustion and longer debilitating disease. The stimulation of relevant acupuncture points may free stagnation, reduce excess or indeed, increase QI to the specific area or organ and thus help to restore normal QI flow and balance.

There are several techniques in applying Acupuncture by Acupressure or Electro-Acupuncture which enhances the repair mechanism and enables an improved recovery time.

Follow the pattern below to start your acupressure treatment.

Place the tips of your index and middle fingers on the centre of your breastbone, at the acupressure point known as ‘Sea of Tranquility’. Now close your eyes and apply steady pressure, not too hard, for a minute or two. You will then soon feel tension, anxiety and stress start to slip away.

You could also use your first two fingers and tap them across the top of your head from temple to temple. Then work from front to back and side to side as this can get blood and oxygen moving to ease tension and restore focus.

To destress your shoulders make a gentle half-closed fist and with a loose wrist, tap your right hand gently but firmly up your left arm, along your shoulder and up the side and back of your neck. Repeat the same process on the other side to ease tension and release endorphins.

If you can’t quite get the gist of this then check out this YouTube video. 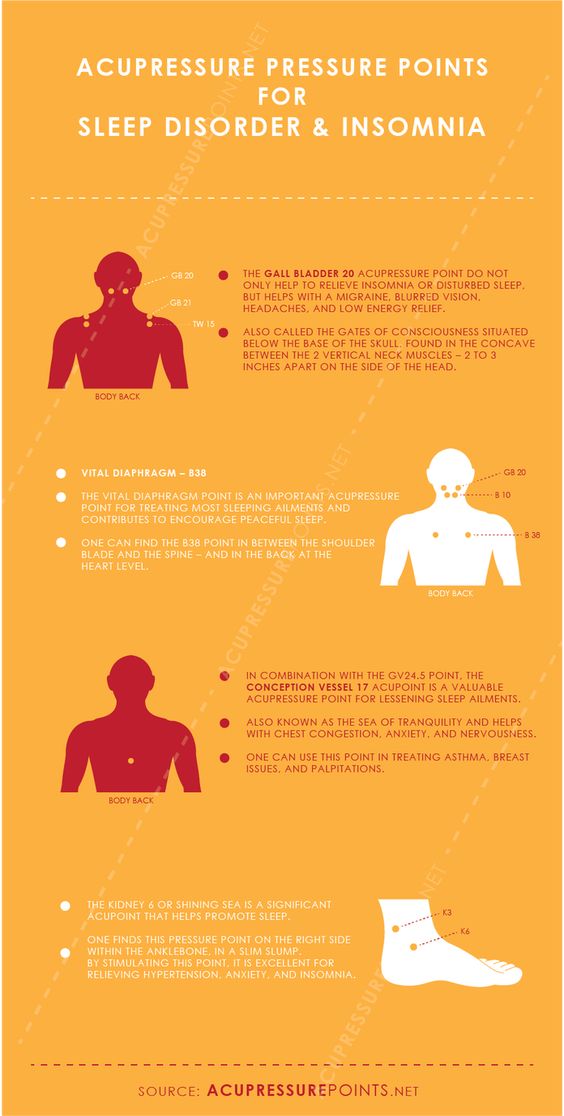 We all know how important sleep is to our health but at the moment we need our immune system working overtime. The immune system is particularly boosted during ‘slow wave sleep‘, the first and third night when we sleep deeply according to The Telegraph.

So, sleep could really help when it comes to COVID-19 as it could stave it off and also minimise the symptoms when it hits. The Telegraph says that ‘while it’s too early for any studies to have been done on the effects of sleep on this particular coronavirus (Covid-19), in 2015 researchers in the US deliberately infected 164 volunteers with the rhinovirus (common cold). They found that the people who slept less than six hours a night were four times more likely to develop cold symptoms than the ones who slept for seven hours or more.’

When you are asleep your body builds up energy, fixing and repairing but the immune system is particularly boosted during ‘slow wave sleep’, the first and third of the night when we sleep deeply when your body can make infection-fighting cells and proteins called antibodies that help defend against illness. Your body releases certain proteins that help the immune system called cytokines, only during sleep.

Not getting enough sleep can also make you more likely to catch viruses or germs.

Healthline added ‘Numerous studies have reported the benefits of a good night’s sleep, and now researchers from Germany have found that sound sleep improves immune cells known as T cells.

“T cells are a type of… immune cells that fight against intracellular pathogens, for example virus-infected cells such as flu, HIV, herpes, and cancer cells,” Stoyan Dimitrov, PhD, a researcher at the University of Tübingen and an author of the study, told Healthline.

The study found a new mechanism through which sleep can assist the immune system.

“People underestimate the importance of sleep, and less than seven hours per night on a regular basis has negative effects. It essentially creates a fight-or-flight state, with increased stress hormones and release of adrenaline,” she told Healthline.

So, rest up everyone, if you can’t get those hours in at night then try resting in the day even if it’s outside in the sunshine. Just get as many zzzzzzzzzzzzzzzz as possible.