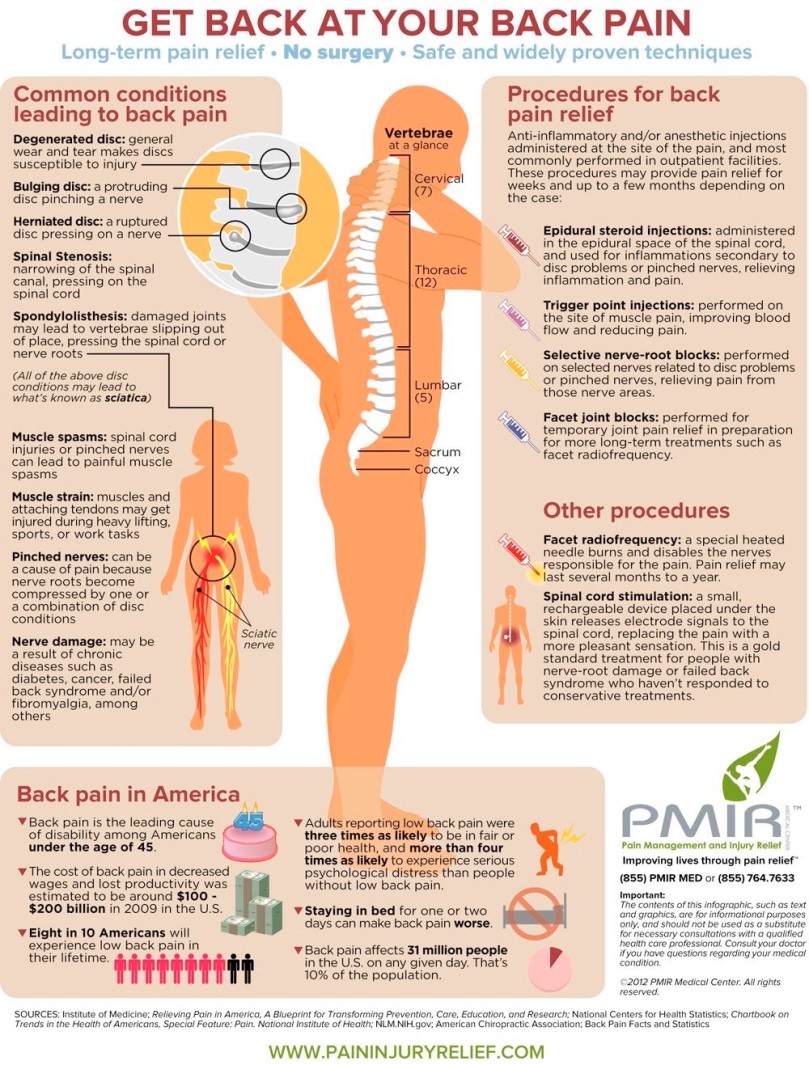 Long term pain relief without surgery is explained in this infographic from Pain Injury Relief.

My top eight Christmas gifts for people suffering from fibromyalgia and chronic pain.

Last night was the final episode of the first series of ‘The Doctor Who Gave Up Drugs’, on BBC 1. In this concluding part of the program Dr Chris van Tulleken carries on with his aim to try to get patients off drugs.  His first patient of the night is chronic “back pain” sufferer ‘Crystal’ who is on a gambit of drugs for her pain. He first takes her to see a Physiotherapist who soon realises that Crystal would need to stay on her medication for quite some time while he treated her. Dr Chris Van Tulleken then comes up with the idea of her meeting a ‘Kung Fu’ expert to try and slowly get her body moving and at the same time start reducing her medication.

You could see how much pain Crystal was in and to my utter amazement after a few months doing ‘Kung Fu’ she could move amazingly well and she was in a lot less pain. It was worth watching the program last night just to see how Crystal improved.

Last week he had another patient who had been on anti-depressants for years and whom he suggested a ‘cold water swim’ to help with this problem. On last night’s episode she was doing well until she went for a swim in a lake on her own where she endured a panic attack and thought she was going to drown. Dr Chris van Tulleken said what she needed was a swimming partner, and a swimming partner she got, which seemed to work the trick for her. Another tick in the box for Tulleken but possibly something that would be hard to sustain with patients at a Doctors surgery with no cold water lake nearby to swim in.

His last group of patients were people who were taking drugs to reduce the risk of heart attack’s or stroke’s. He soon comes up with what he believes to be a more sensible alternative ‘walking’. The group he puts together are not impressed but they agree to take part. The results are amazing and even the other Doctors in the practice were shocked but I guess the big question is ‘will half an hour’s walk 5 days a week’, persuade them to keep off the pills?

I found the program totally fascinating and hope a second series will come along to see if Dr Chris van Tulleken has made more progress with his quest to get people off drugs. It’s obvious from the two-part series that many, many people (including me) are on a mixture of drugs to help with a mixture of medical conditions but certainly some of his ideas do work. Whether his new type of treatments can be given to patients I guess will as always boil down to NHS funding and experts in those fields.

Apart from the pain from disc pain many sufferers also have problems with their feet. Pain from arthritis, pain from a disc, pain from plantar fasciitis is common and these orthotic insoles are known for helping this type of pain. Any type of back pain relief to someone in severe pain can only be an advantage.

Foot Orthotic Insoles are contoured to improve the foot to function correctly and eliminate pain.They are designed to support and help re-align an over pronating foot, which is the main cause of many foot conditions including Heel Pain, Plantar Fasciitis, Flat Feet, Painful Arches, Shin Splints, Over Pronation, Ankle Pain, Heel Spurs, Morton’s Neuroma, Bunions, Metatarsalgia, Aching Legs, Knee Pain and Lower Back problems.

The full length Version are designed for shoes, trainers and boots which feature removable insoles. They can also be trimmed with scissors to fit the shoe, should they be too long.

Lidocaine is a local anaesthetic used for minor operations or dental procedures and chronic pain.

You can get it through an injection and also some hospitals treat patients with chronic pain via slow release intravenous drip in hospital.

It is now available as a patch which they say can be used to treat nerve pain or shingles, lower back pain and some sports injuries, and will work for up to 12 hours.

This sounds amazing. Of course this sort of drug is not available over the counter, but prescription only and even then must be used with caution but it’s still a step in the right direction.